The Secrets are Here about Drywall Anchors 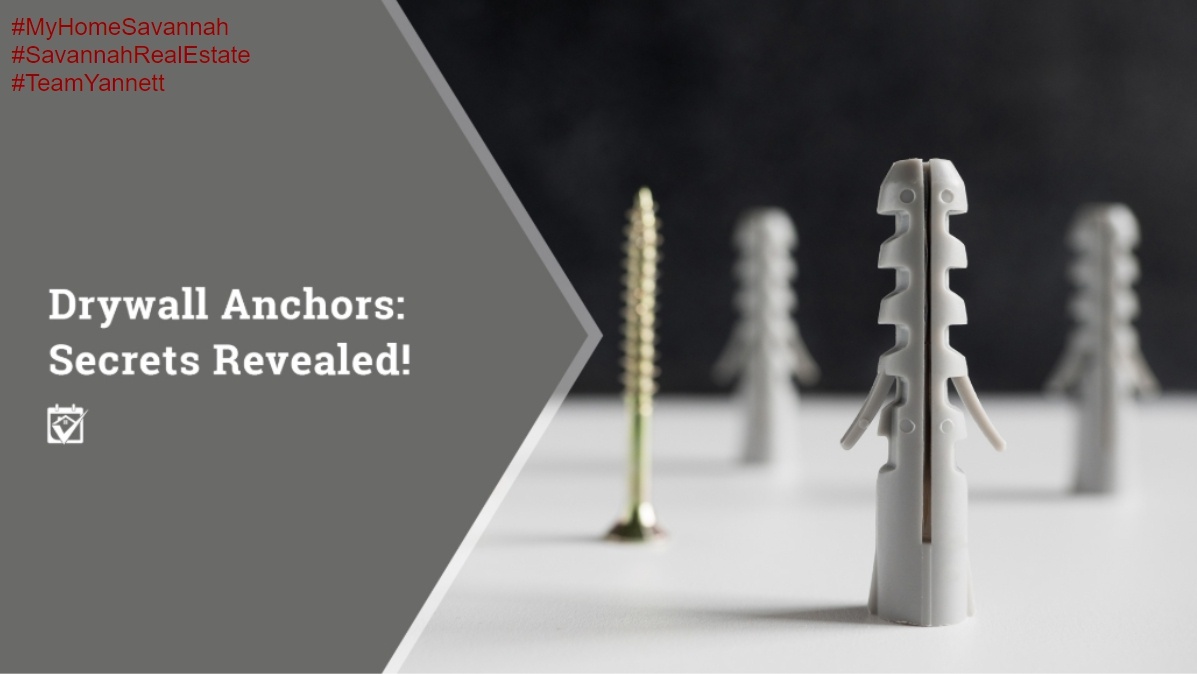 Whether you’re hanging a picture or mounting a television, anything that goes on your wall needs something to anchor it in place. If there’s a stud in the wall that you can attach it to then you’re fine; you’ve got well-supported wood to drive a screw into which will hold whatever you’re mounting in place. If you can’t find a stud where you need one, though, you could have a problem. That’s where drywall anchors come in.

What Is a Drywall Anchor?

Drywall anchors are small pieces that are slightly larger than the screws you’re using on a project. Depending on the type of anchor you’re using it might be made of plastic or metal, with small fins sticking out from the outside of the anchor body and a hole in the middle that runs the length of the anchor. The anchors go into the wall, then your screw goes into the hole. As you screw it in, the screw digs into the anchor body in much the same way it would with wood to ensure that the screw won’t slip out.

Anchors are designed to provide a tight fit for your screws. As the screw goes in, the anchor is forced to spread out and open up a bit. This pushes the body of the anchor against the sides of the hole you put it in, causing those little fins to dig into the surrounding drywall. The fins are positioned to go in easy but resist coming out, giving you a solid mounting even though there isn’t any wood or other solid material for your screws to secure to.

There are multiple types of drywall anchors. Choosing the right one for the job you’re working on helps to reduce unnecessary damage to your drywall and ensures that the mounting is strong enough for the load it needs to bear. To ensure that you have the right drywall anchor for what you need to support, try to get an estimate of the weight of the load and check the packaging of different drywall anchors to find an anchor that can hold that much weight.

If you have a relatively light load, you’ll probably need a plastic anchor. The most common of these are known as expansion anchors and are essentially plastic sleeves that you hammer into a drilled hole and that simply spread out as you insert a screw. There are also threaded plastic anchors that look like oversized screws; they work similarly, except you screw them into place instead of hammering them. Regardless of the type of plastic anchor you use, the purpose is still to dig into the drywall and hold a screw in place.

For heavier loads, you’ll likely wind up with a metal anchor. Though you may see some threaded metal anchors, the most common metal anchors are known as molly bolts and feature a metal sleeve with a screw already inserted into them. You hammer these into place as you would with an expansion anchor, then remove the screw. Once you’re ready to mount you place the screw back into the anchor and start tightening; this causes a portion of the metal sleeve to pull toward the screw, expanding metal arms on the other side of the drywall to create a much more secure fitting.

If you have an even heavier load, you’ll need to use a toggle bolt instead. These anchors consist of a metal bolt with foldable metal wings that the bolt screws into. You have to fold the wings so that they lie over the bolt, then insert them into a hole large enough that they can fit through to the other side. Once on the other side, the wings will expand, preventing the bolt from coming back out. Make sure that there is a washer or something else that’s large enough to cover the hole, though, or the bolt head could slip through the hole and you’ll lose your toggle bolt into the wall.

In most cases, if a drywall anchor fails then it simply wasn’t the right type of anchor for the job. Trying to use smaller or weaker anchors for heavier loads will often result in failure because they simply don’t achieve enough grip on the surrounding material to hold the load. In some cases, though, the drywall itself may be too weak or the anchor you use may have been intended for a different material. Be sure to match the anchor to the weight and the material to minimize your chances of anchor failure.

Are you still having problems finding the right drywall anchors to meet your needs? Don’t risk your photos or collectibles… the HomeKeepr community is here to help with any issues you might have. Find the answers you need or locate a pro who can get everything secured safely in record time. Best of all, they all come recommended by other members of the community so you won’t have to worry about hard-to-trust reviews again!